Posted at 14:45h in Nieuws by Elvira Beetstra
0 Likes

In the past weeks Alice, Liz, Richard, Richard Down, Sara, Frits, Fernando and Jan have told us their favourite memories on board of the OOSTERSCHELDE. Today we share the memories of Arno van Lent. Arno was a crew member during the second aroud-the-world voyage. In the meantime, he has made 21 voyages on board of the OOSTERSCHELDE. Read Arno’s memories here:

“I had to think about the question for a nice anecdote or experience. I could have talked about beautiful sunsets or sunrises, or about life on board. But, I want to tell you about two consecutive, completely different, days during the voyage from Hobart to Sydney during the world tour of 2012-2014.

Monday the 30th of September

At five o’clock in the morning, 7 humpbacks surprised the Europa and us with a show. They were very close to the ship. They hit the water regularly with their fins and tails and some even jumped almost completely above water. How beautiful can de start of the day be?

In the afternoon, we dropped anchor at Mallacoota, a village South-West of Australia. In the evening there was fierce fishing and, apart from a ray and lionfish, a gummyshark of about 50 cm was caught.

Tuesday the 1st of October

It is October all ready. We left Mallacoota with good temperatures and some sun at 11, heading to Sydney. After an hour, we saw dark clouds in the distance and within no time we saw whirlwinds approaching. A few seconds later we looked at the Bark Europa and knew that it wasn’t going well.

However, before we could realise this we heard a loud bang followed bij another bang a few seconds later. The boom of the mainsail and the boom of the jib broke. The wind was already 50 – 55 knots by then, which is well above wind force 10. After consultation and with a lot of manpower, we took the mainsail off and everything was knotted together to make sure it wouldn’t fall overboard or cause more damage.

When the wind was a bit less we changed the inner and lower jib to a storm jib. The waves still rolled over deck and we were even flooded at the steering wheel (free shower!). It wasn’t until 4 o’clock in the afternoon that things calmed down a bit and we were able to pick up normal life on board again and absorb the damage. Luckily, there were no personal damages. It was just material damage.

This is also part of the job when signing up on sailing on a ship. In the end, it turned out that the OOSTERSCHELDE is able to cope with these kind of circumstances as well. Not bad for a (then) 96 year old lady.

All of this didn’t stop me from sailing multiple trips. Hopefully more will follow.” 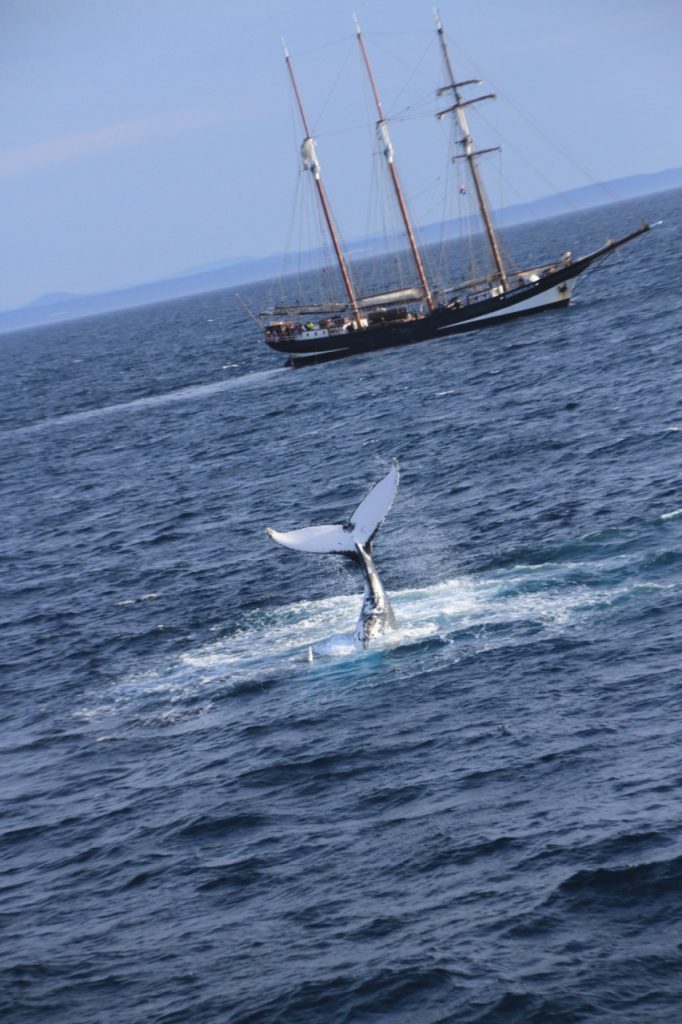