Home away from home

19 Jun Home away from home

Posted at 17:16h in Nieuws by Elvira Beetstra
0 Likes

My home away from home

In the past weeks Alice, Liz, Richard, Richard Down, Sara and Jan have told us their favorite memories on board of the OOSTERSCHELDE. Also today, we share a story. This time from a guest who was there from the very first moment. Frits de Goede made his first voyage aboard the OOSTERSCHELDE in 1993 and has since experienced more than 35 voyages on board! He tells us:

“Certainly the early years are still fresh in my memory. It must have had something to do with the fact that everything was so new back then.

In 1993 I made my first trip, from Bergen to Aeroskobing. Here the (grand) children of the former owners proudly showed us their certificates. Then we sailed on to Skaerhamn. Here we had an ‘open ship’ for the old owners with their family and their old crew. It was a very emotional moment.

During the last part of the first world tour (1996 – 1998) I experienced ocean sailing for the first time. We embarked in Ushuaia, the wind was already strong. At the exit of the Beagle Channel, Gerben had the last contact with a Chilean station. When asked about our final destination – Rotterdam/Europe – a deep sigh and the weather forecast followed – 9 bft – VE CON DIOS CAPTAIN (Go with God Captain).

After this trip I got the hang of it and made many and especially long trips.
Over the years some things have changed on board, but one thing hasn’t changed and that’s the choice as for the crew members. I don’t know how the shipping company manages it, but somehow it still manages to select the right people. Surely you have to be cut out of the right wood to go on the adventure with us (guests).

On one of the last voyages, one of the crew members shouted (it was just as tense): ‘Grandpa, do you want to set this trap?!’ Big scare / apologies – but for me the umpteenth confirmation that it just is what it is.

In spite of all this, I will continue to sail as long as possible.

The OOSTERSCHELDE is and remains “My home away from home”. 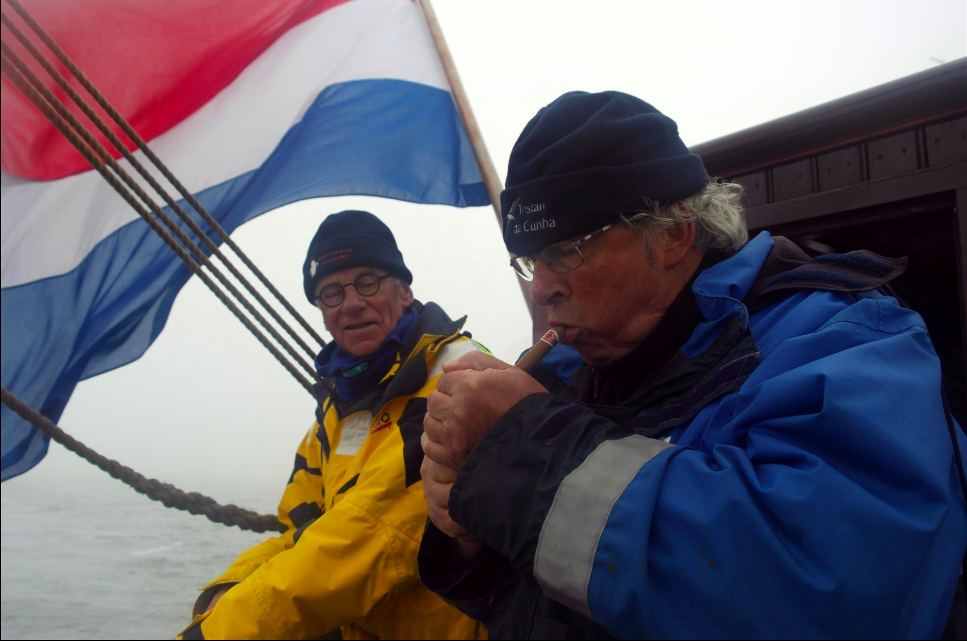