Posted at 10:11h in Nieuws by Elvira Beetstra
0 Likes

After the last successful race during the Tall Ships Races 2022, there was a closing festival in Aalborg. Here again a variety of parties and sports competitions in which our trainees participated. We also had Open Ship and a number of receptions on board.

We are now on the road again on the North Sea in beautiful weather. The current group came on board in Aalborg and until the moment of departure we were not sure whether we would choose the Skagerak or the Kieler Canal. It turned out to be the latter: the prospects were still clearer for a sustained south-westerly wind in the Skagerak and no to only light northerly winds between the Danish islands.

Indeed, the wind turned out to be so light that we sailed south with constantly changing sails and sometimes also with the engine. The Store Baelt bridge is always a highlight to pass. At 02:00 we were in front of the lock at Holtenau, where they made us wait for only an hour. Finally it was 04:30 AM before we were well and truly in the canal. With the high water in Brunsbüttel, we came from the other side of the canal to the Elbe, so that we were wonderfully washed with the current into the German bend. With a light northeasterly wind we arrived at Heligoland just before dinner where everyone could stretch their legs in the evening. The beautiful weather seems to have no end: we now have a radiant sun and the accompanying light wind. Fortunately we are not in a rush so we could play with the sails all day long. In the end, of course, that became everything, including breech and gaff top sails. 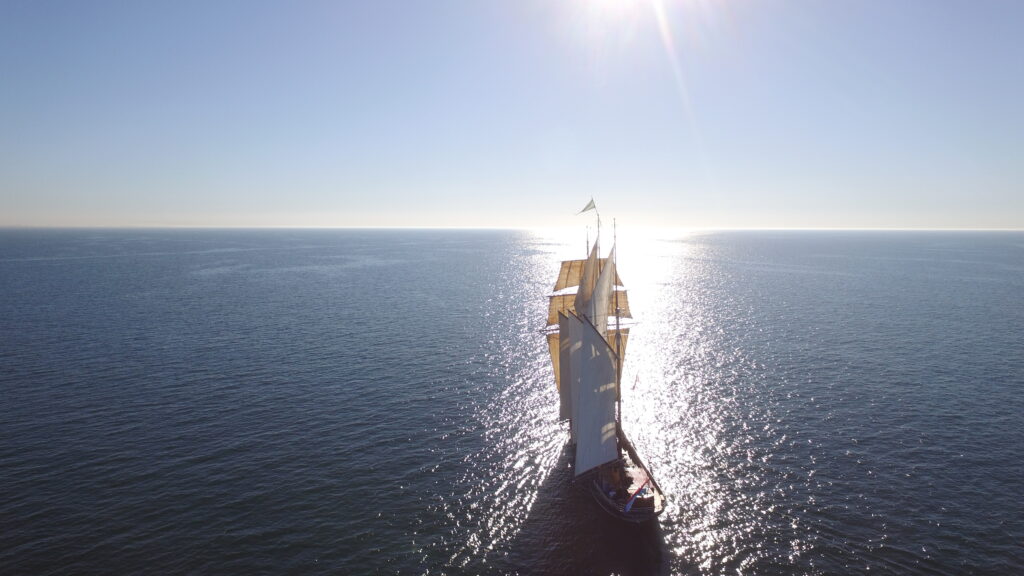