Posted at 14:28h in Nieuws by Elvira Beetstra
0 Likes

After we had made our move and had sailed around (almost) the entire field, the initial plan was to sail in straight line to the finish, like the other ships. Only the ships around us should be faster and they were. Not a problem in itself, because on ‘corrected time’ it will be equalized again. But third is not first and if we kept sailing along, a first place would certainly not be possible. And sailing a race to finish third, that’s not in our nature..

So we took the risk of giving up our third place by taking a gamble. Again we lowered ourselves slowly out of the field, this time going further north than the other ‘Class A’ ships. There we hoped to have a bit more wind and to take advantage especially on the last part, because we would not end up flat in front of the lap. The disadvantage of going further north would be that we would sail extra miles and the question was whether we could make up for those miles. But who doesn’t dare…

This action caused us to lose some ground again in the beginning, but most of the ships almost came to a halt, while we were able to continue steadily. Those extra miles were well worth it. We were already starting to count ourselves rich. Stupid of course!

The wind that would come from the southwest turned out to be a lot less in strength, secondly from the west. So we were still almost flat before the lap and we made progress very slowly. Fortunately, most other ships also suffered from this. In the end the wind turned in our favor and we were able to cross the finish line.

While we still thought we would finish around midnight in the afternoon, it didn’t become until a quarter to six in the morning.

The results came in at 10 a.m. this morning. Although still provisional, it seems that the ‘Oosterschelde’ has another trophy: First in ‘Class A’ and fourth in ‘overall’!!!

After the finish we sailed south and dropped anchor for a pleasant, lively evening. The mood on board can’t be beat! Tomorrow we sail towards Hals and drop anchor at the entrance of the fjord to Aalborg. We won’t go in until Wednesday morning and join in the festivities that we can expect from Aalborg. Now let’s have ‘our’ party! 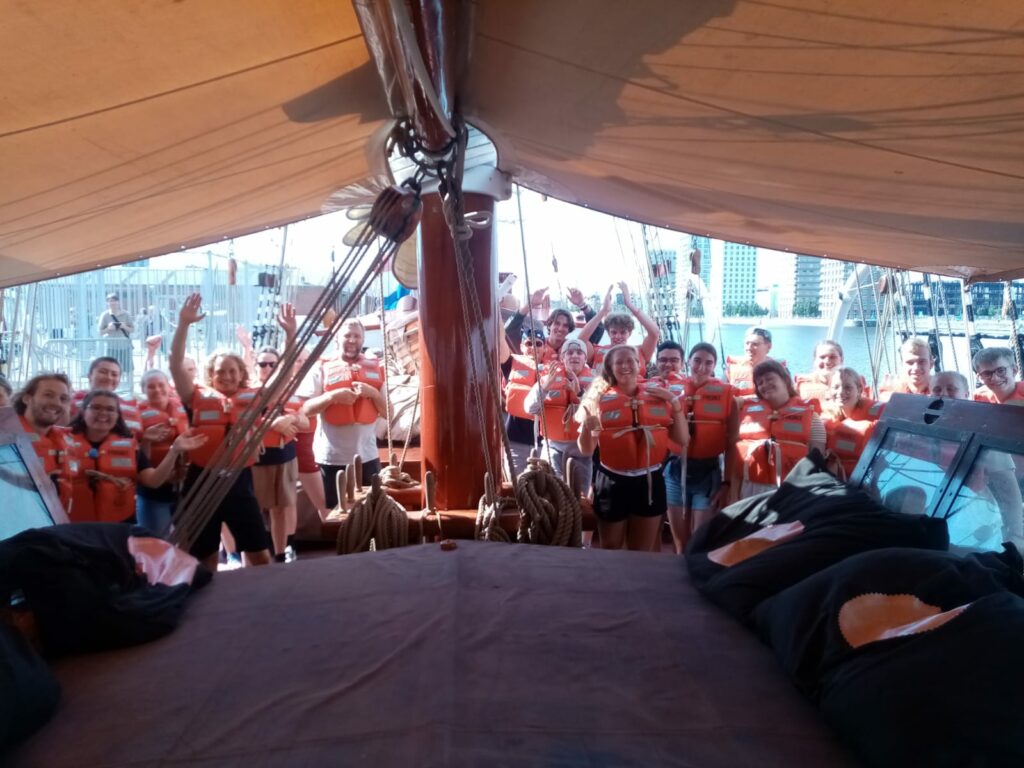