Posted at 09:55h in Nieuws by Elvira Beetstra
0 Likes

After we had spiced up the Maritime Festival in Vlissingen (and had a nice day ourselves), we sailed on to Terneuzen. Here we were invited to view the new lock under construction. The next day we set off early, because we had to be in the lock at Antwerp at 1200. Once in port, we held the weekend ‘open ship’ to show the public the beauty of the Oosterschelde and to tell about the history of the ship, what we do with it today and why. Very interested people regularly passed by with fun questions, which also makes telling more fun. In the evenings we had receptions on deck and on Saturday a beautiful fireworks show

On Sunday, the new trainees came on board for the race to Aalborg. Twenty-four youngsters between 16 and 24 years old from the Netherlands, Belgium, Denmark and Poland, will try to win the race with ‘our lady’! Immediately the mood was good and the energy was bubbling over the ship! On Monday we set sail and sailed the Western Scheldt for the most part with the current. But because the start of the race has been postponed to Thursday a piece NW of Texel, we have plenty of time to get there. And the sea legs were still hard to find in many trainees. That’s why (and perhaps also because of the weather forecasts) we decided to spend the night at the Rede van Vlissingen. Then everyone on a slightly rocking ship can (un)consciously get used to the movements of the ship and thus find the sea legs.

This morning we spent on extensive sailing talks. Now we enjoy a cup of tea or coffee before we anchor and set the sails. The wind direction is far from optimal, so we will first sail to the west and slowly turn to the north. We are expected to be ‘swallowed’ by a high-pressure area, which causes very light winds. Then we will start the engine and head towards the starting line. Rather on the motor with little wind, than straight against everything .. 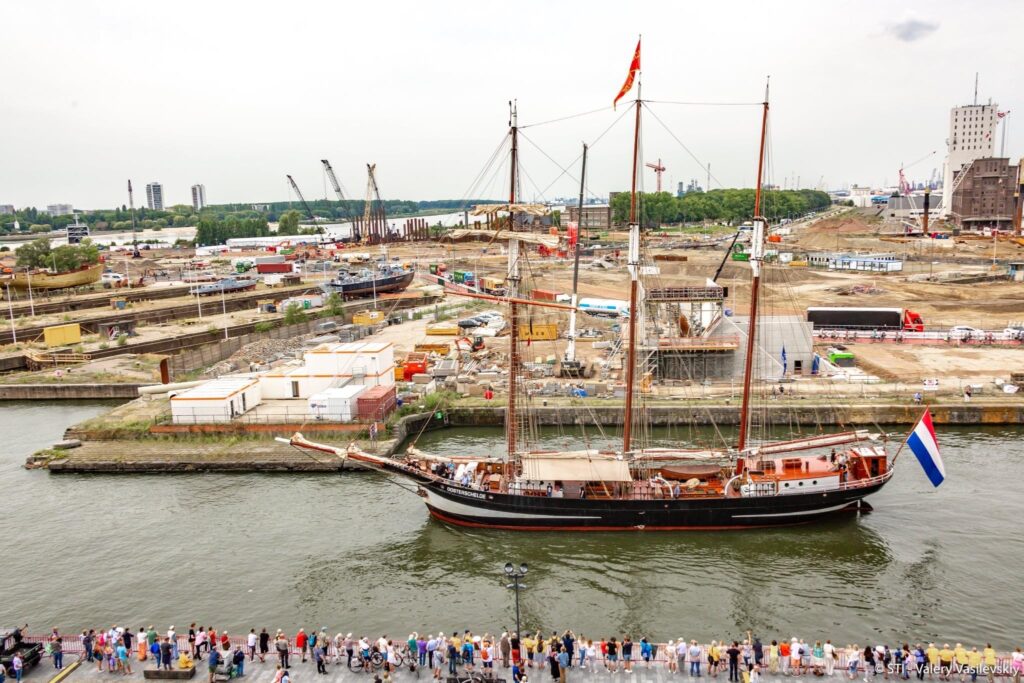