Posted at 10:04h in Nieuws by Elvira Beetstra
0 Likes

We left Esbjerg in a Parade of Sail with a few thousand spectators on the beach. With 26 knots, we didn’t set much sail. However, we hoisted two reefed gaff sails and a jib. A beautiful view. On board a group of 24 young sailors from Denmark and The Netherlands. The youngest only 16 years and the oldest 24.

Right at the start of the race it was agreed to speak only English, to allow the Dutch and Danes to mix well. That worked immediately. After the Parade, the race started at 6:00 PM. An exciting start with all ships more or less within fifteen minutes or the starting line. With a small kink in the lap, the Oosterschelde runs at its best and it was no problem to keep up with the larger Tallships, such as the Dar Mlodzezy and the Shabab Oman II, until the first waypoint. Unfortunately after the first waypoint we had to get as close to the wind as possible, because the second waypoint was more than 70 miles to the west. That is precisely what the Oosterschelde is not very good at, compared to the more modern hulls.
It was a long wait for the promised south-west wind.

Finally out of boredom cast out a fishing line and caught 15 mackerels. Shortly before midnight the promised SW wind finally came up gently. Quickly adjust all sails, put gaff topsails on and even the fore jib. We quickly caught up with leaps and bounds! Unfortunately after waypoint 2 we had to go south, towards the finish, which meant crossing into the wind again. It seemed to go very well with the current, but against the current we didn’t get very far. The wind was supposed to turn to the west at the end of the afternoon, but that didn’t become until well after midnight. Unfortunately we had lost quite a bit of time here again, so we ended up being one of the last to cross the finish line. Thanks to our (favorable) rating we ended up 4th, not so bad at all. 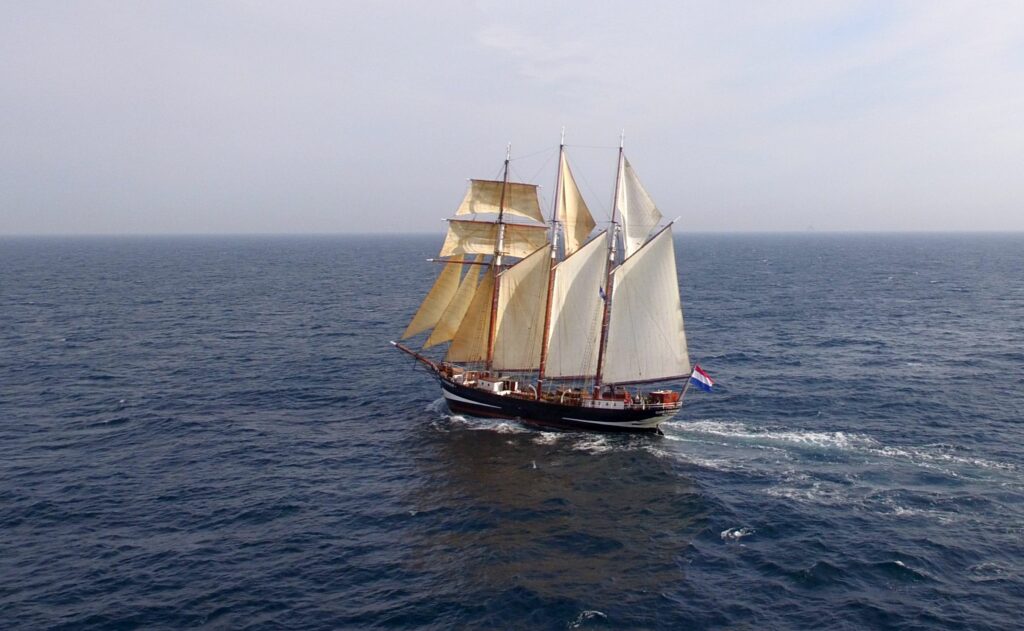