Posted at 14:08h in Nieuws by Elvira Beetstra
0 Likes

24 years ago, the OOSTERSCHELDE was on its first trip around the world. The reason was an invitation to participate in a Tall Ships Race from Hong Kong to Japan. This is from the logbook from exactly 24 years ago: “We anchor at 4:35 pm below the steep coast of the small island of Take Shima. A few miles west, the active volcano of Io Shima rises from the sea, 700 meters high. Smoke comes from the mouth and from holes in the wall. Many of the guests go ashore, there is one small village of about 100 people. On board the barbecue is prepared.

In the evening, after the barbecue, a few people gather in the hold around Suleiman, who is approaching his New Year with music from Oman. On deck, Sergey plays the guitar, and sings songs about sailors, love, friendship and the friends who died in Afghanistan, as he simply explains to us. Hironori and Kazuko practice Japanese paper folding art and give beautiful birds away to their fellow sailors. The moon is high in the first quarter. Thousands of crickets on the shore, a sea that glows in an incredibly bright turquoise, and a fisherman in the distance, with its tree full of artificial light. What a night. The OOSTERSCHELDE rocks gently on the swell. 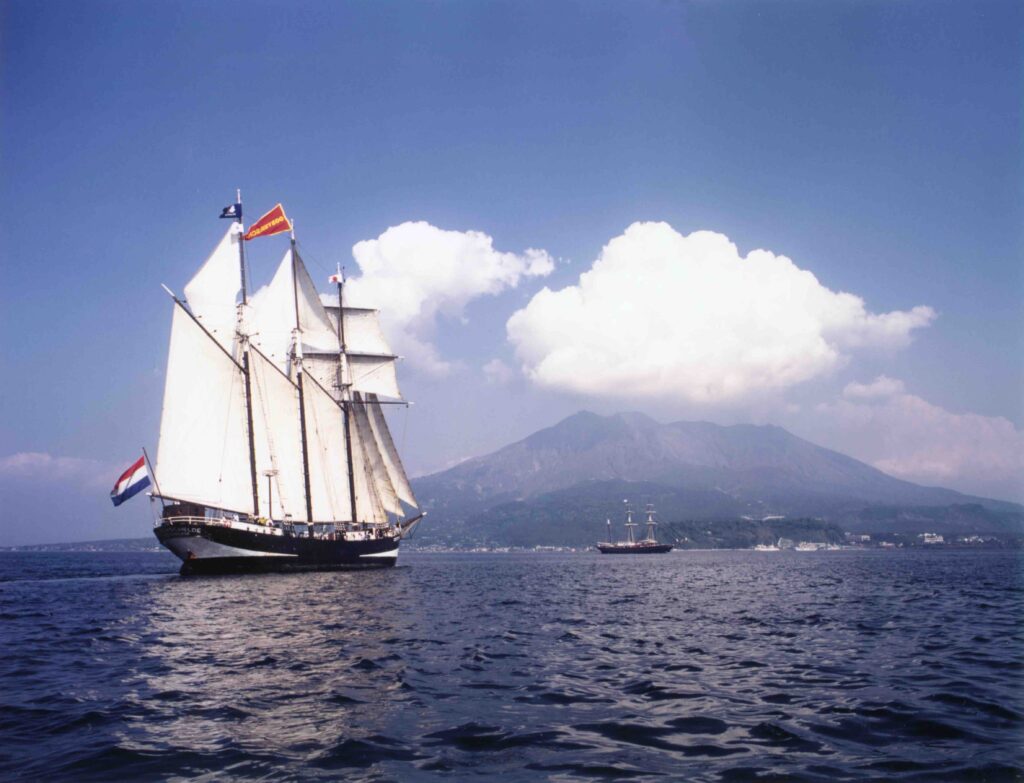