Posted at 15:50h in Nieuws by Elvira Beetstra
0 Likes

After a few days of sailing on the motor it was a great moment to be able to switch off the motor. We were deep in the Bay of Biscay when the expected wind came. It was a bit northerly than eastern wind and it was strong. This near the coast, the waves are not that high. With a ‘nod in the sheet’ we sailed to the north. Occasionally we reached speeds well above 10 knots!

After nine days on the water, some people needed a good night’s sleep. In addition, the weather forecast says that we got no business in the English Chanel. So we dropped anchor before the village of Pouldu (black hole).

Today we take it easy. We had breakfast a little later than normal and then raised the anchor. We covered the first miles with a jib and topsail. A little later, the mainsail and an outer jib were added. We are now sailing towards Pointe de Penmarc’h with a broad reach. Around this corner we will drop anchor again for the night.

Tomorrow we will pass the Raz de Sein and then sail towards Quessant and the English Channel. With a little luck, the wind will have eased and it will start to turn. It will take some luck….. 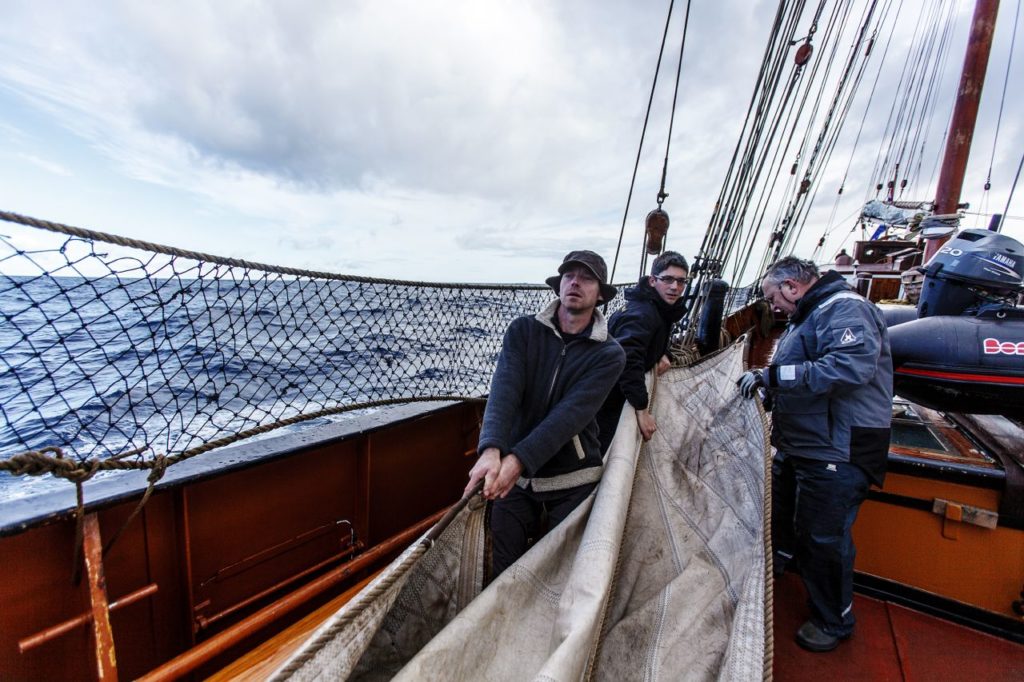