Posted at 12:54h in Nieuws by Elvira Beetstra
0 Likes

After relatively calm weather on the North Sea and in the east part of the English Channel, Aeolus raised his voice. At first a strong south-southwest wind blowing gale force according the British Coast Guard. Shortly after followed by a strong gusty west-southwest wind accompanied by a lot of rain.

We found shelter in Falmouth, awaiting better weather circumstances. Eight lines ashore and the heating inside a degree up. The waiting gives us the chance to remove a fishing gear line we picked up somewhere on the dark sea and was stuck to a sink-anode. We like to be underway again. 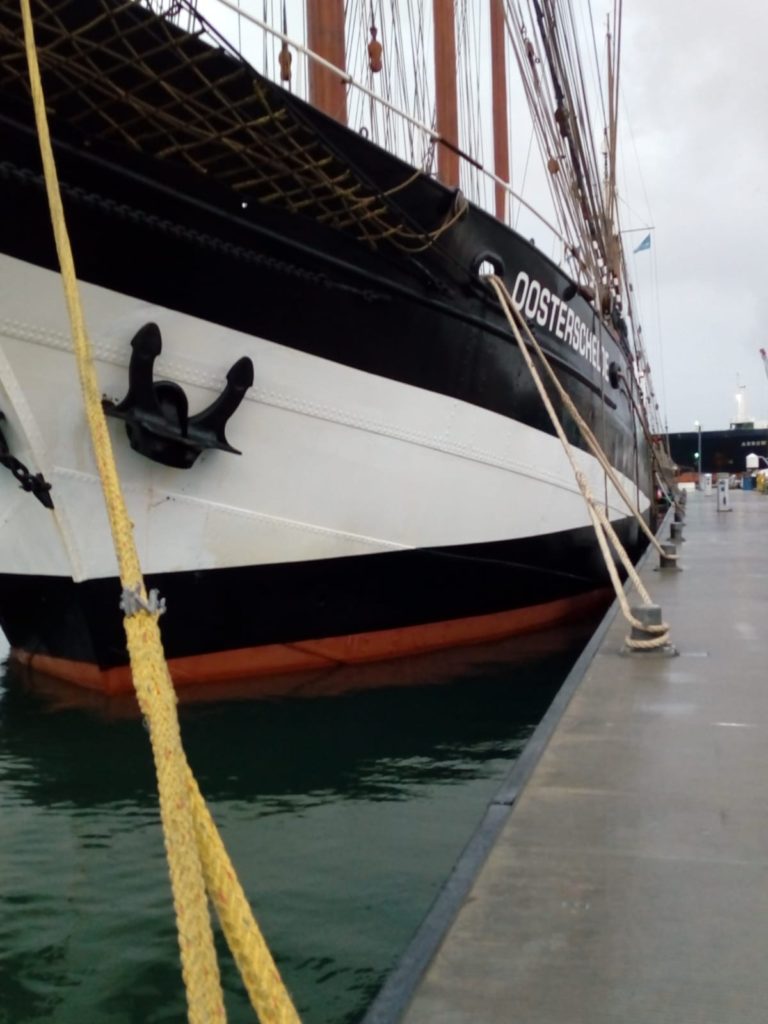