Posted at 15:41h in Nieuws by Elvira Beetstra
0 Likes

It is the last day at the wharf. The past ten days the crew and the workers of the wharf have worked very hard. One of the big jobs was the renewal of the haws pipes. Because the anchor chains are pulled up and down through them and we can’t really reach the inside to paint the rust will make the pips thinner and thinner. They are now new and we also arranged new anchor chains.

In the engine room in the front we renewed the pipes of bow thruster. They were covered by insulant. We removed it all, installed new pipes and insulated again.

In an earlier update we mentioned the propeller going away for service. The propeller is back and has been balanced. But we also aligned the engine and relay, hoping to reduce vibrations. 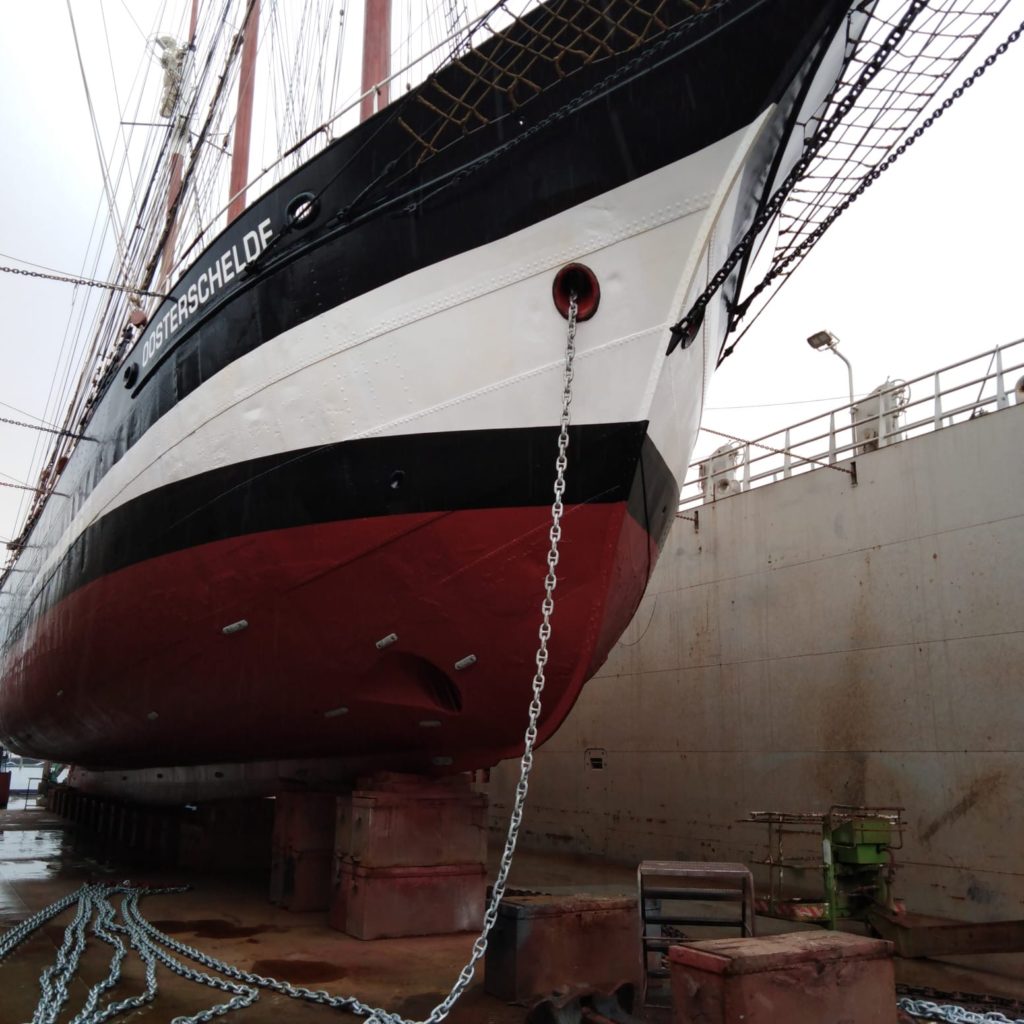