Posted at 13:18h in Nieuws by Elvira Beetstra
0 Likes

After a rocky start we are now in more quiet waters just west of Texel. We left Hamburg one hour after we welcomed our new guests on board, hoping to arrive before the storm in Helgoland. Unfortunately, the wind was already too strong, so we decided to go to Cuxhaven. On Tuesday there was indeed 9Bft wind with gusts of 11 and we were luckily behind the lock in the fishing harbour.

On Wednesday morning after breakfast the wind was decreasing, and we left. The first part was ok when we still had the current with us, but in the estuary of the Elbe the current turned at it was hard to go against it. With a lot of engine power, we motor sailed we managed to get out of the estuary and headed to the German Wadden Islands. The waves were still at least 2,5 meter high. During lunch there were still lots of sailors, but during dinner there were only a few left standing.

Luckily the wind shifted north and decreased overnight. The engine was switched off and we sailed with 9 knots north of Juist and Borkum. During the morning watch the wind died out and the sails started to bang so around lunch the engine was back on again. Luckily the weather was lovely. Meanwhile all sails are down, and we motor south on a calm sea. 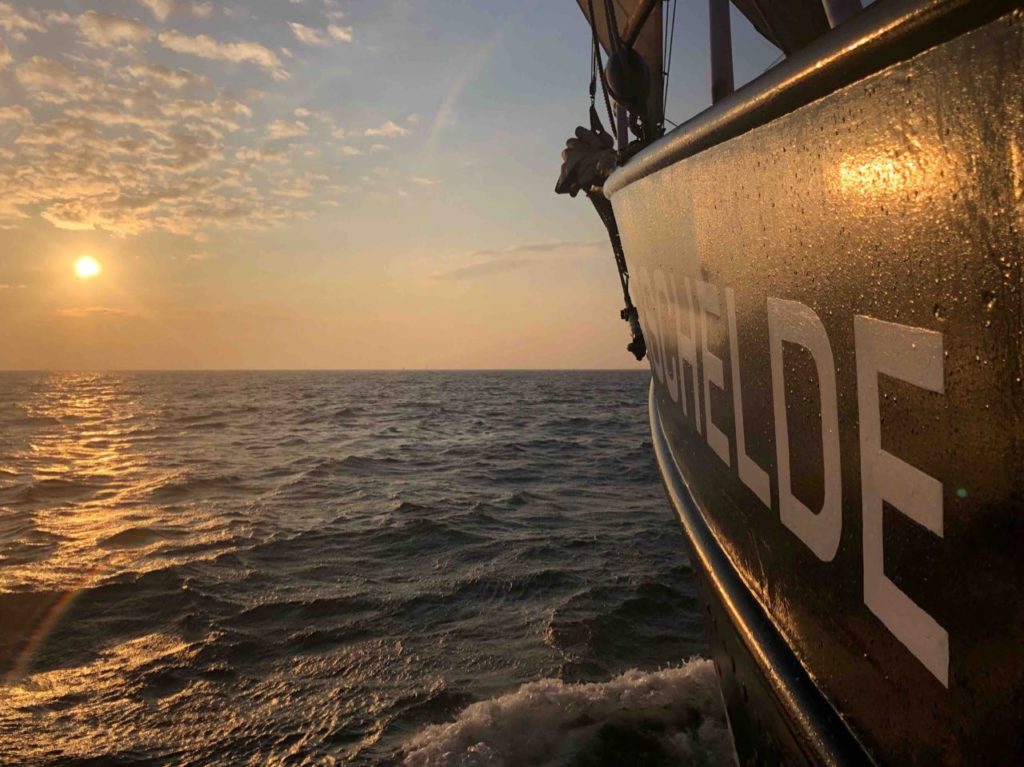