Posted at 11:14h in Nieuws by Elvira Beetstra
0 Likes

From Henningsvær we needed to make a decision where we wanted to go. We wanted to sail as much as possible, but also arrive on time in Bodø for the last evening. The forecasts are contradicting each other like they have been doing the last few weeks. One said it would be northern wind and the other said there would be southern wind. So, we decided to sail to Værøy. From there Bodø is east so whether it was going to wind from the north or south we could sail.

On our way to Værøy we passed by Nusfjord and went into the fjord. When we were going into the fjord the wind came and we could set the first sails. From the dinghy we made a few photos. Once we were out of the fjord the guests could also go in the dinghy for a photo tour. We had a lovely day sailing along the stunning coast of the Lofoten.

When we arrived at Måstad on Værøy the wind increased to a strong breeze and the clouds were covering the mountain tops of the island. But a few guests still but their walking boots on for a hike to the top.

The next day we were curious to find out where the wind would come from, north or south? Guess what: it was coming from the east! 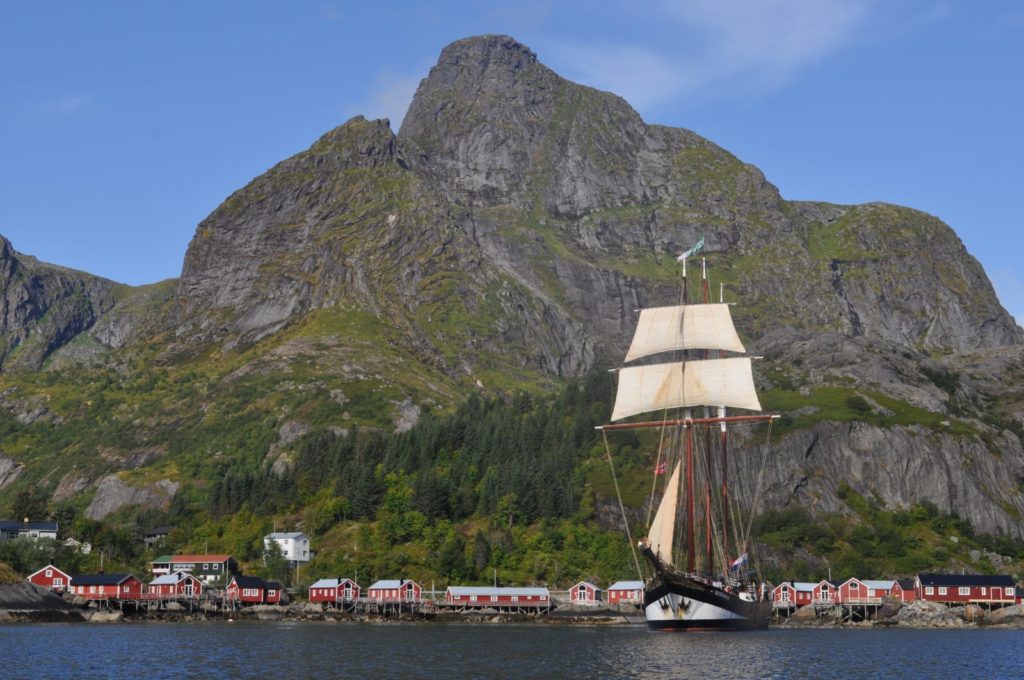