Posted at 16:29h in Nieuws by Elvira Beetstra
0 Likes

Our day whale spotting turned out to be a bumpy one. The wind came from the northeast (like for the last two weeks) but was luckily light. But the swell that had been building up for two weeks was not lower after just one night. We did sail to the continental shelf looking for whales. During breakfast we spotted one, so that gave us good hope.

In the afternoon we saw a sea safari boat, so we decided to follow them as they had some experience in the area. We only saw a bit of spray. A few guests gave up and went inside and we continued our way to our next destination. But then a whale turned up right next to the ship and we were able to follow it for a while so everyone had plenty of time to watch and make photos.

Meanwhile it’s a few days later we hiked at Skaland and visited Husøy, a small fishermen’s community on a very small island. We gave up the idea of making plans early on this voyage and this was a good decision as yesterday there was wind from (sort of) the right direction so we set sail and switched the engine off. With about three knots we sailed through the fjords enjoying our view.

At night time we dropped anchor in the bay of Nordby. Today we sail the last part of the trip to Tromsø. Unfortunately, the wind was again from the wrong direction, so we were not able to do more sailing. We just arrived in Tromsø in the middle of the town centre. We are preparing the BBQ for a fun last night. 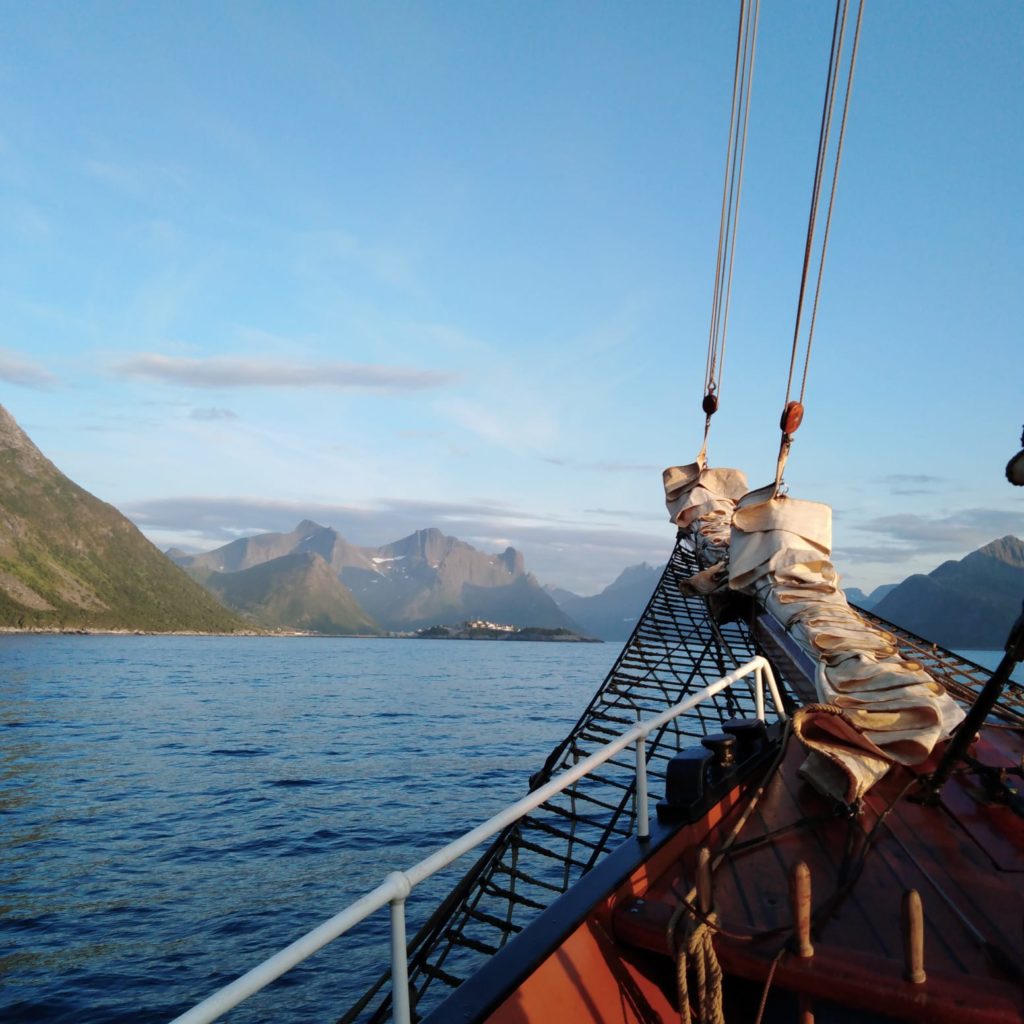